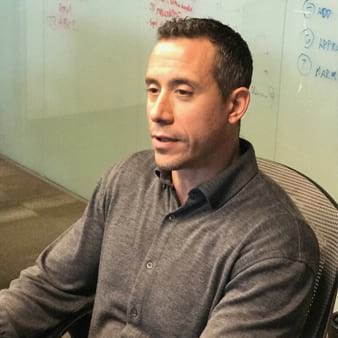 Vic is Managing Partner of Lightbank. Founded in 2010, Lightbank is $180 million seed and series a venture
capital firm headquartered in Chicago. Lightbank is best known for its entrepreneurial DNA, propriety
investment opportunities and track record for producing outsized returns.

Vic is a native of Cleveland, Ohio and began his professional career in Chicago in 1995. He has over 20 years
of experience in venture capital, fintech investing and financial services. He has been a part of over $650M in
venture capital and M&A transactions. Vic has taken multiple companies public and through successful
acquisitions. He currently services on the boards of Clearcover, CarLease.com, Snapsheet and Sprout Social.
Vic is also an advisor to the Chicago Blockchain Center, Currency and Fintech 71. He is an active supporter of
financial services innovation efforts.

Prior to Lightbank, Vic built and led USAA’s $330 million corporate venture capital program where he led
investments in fintech (insurtech, banking, investment management), consumer internet, enterprise technologies
and digital capabilities. He also held responsibility for the company’s M&A, joint ventures and intellectual
property transactions. More recently, Vic was a Partner with Munich Re| HSB Ventures where he led their
investment activities in insurtech including trov, super, slice and Next Insurance.

Vic has consulted to numerous financial services companies and venture capital firms on their fintech/insurtech
investments as well as broader strategic initiatives. He has served as chairman of the National Venture Capital
Association’s (NVCA) Education Committee for the Corporate Venture Group and served on the Board of
Advisor’s for the NVCA. Vic has been featured in Andrew Roman’s best-selling book, The Masters of
Corporate Venture Capital. He is also a TedX speaker and regular participant on insurtech and fintech
discussion panels.