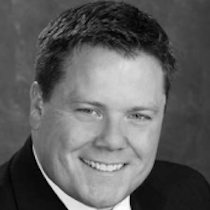 Patrick Culleton joined Edward Jones in 1991 as an intern. Three years later, he was hired an as associate and served as a programmer/analyst responsible for the development and support of the firm’s pay roll system.

Culleton was named a team leader in 2001 and a department leader in 2004. In that role, he led the development and support of such systems as JonesLink, Portfolio, AccountLink and Request/Respond. In 2009, he became a director in the Enterprise Content Services areas with overall responsibility for the systems that support JonesLink content, Imaging and the Online File Cabinet, and application database design.

He was named a principal with the firm in 2011 and today is responsible for several Information Systems infrastructure areas, including Network Services, Data Center Operations and Distributed Computing Services.

Culleton earned a degree in business administration from Missouri State University and an MBA from Washington University.