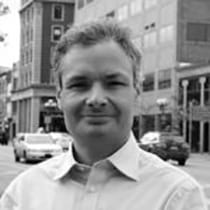 Adam Boyden is a five-time entrepreneur who has provided leadership for venture capital backed companies that have disrupted multi-billion dollar industries and generated more than $2 billion in exit value. He was the co-founder and CEO of RPM portfolio company Openlane, an online wholesale automotive marketplace, which was acquired by KAR Auction Services (NYSE: KAR). He went on to serve as VP of Business Development and Marketing at Xfire, an early social networking company focused on gamers, which was acquired by MTV Networks (NASDAQ: VIA). Boyden was President of Conduit, a cloud-based user engagement platform, early in its lifecycle and built it into the most successful Internet company in Israeli history. During this period Boyden was a Venture Advisor for RPM, led RPM’s investment in Social Finance (SoFi), and ultimately joined SoFi’s team as Chief Operating Officer as the company began to scale.

Adam currently sits on the board of several of RPM’s portfolio companies, including: Able Lending, the world’s first collaborative lender, specializing in small business financing; DailyPay, who is reinventing pay-day lending by offering hourly workers rapid access to earnings for a small fixed fee; Roost, a manufacturer of connected IoT devices and sensors; and Hippo, an insurance company who offers binding homeowners insurance quotes in minutes.

Additionally, Adam was the founder and former general manager of the China Consultancy, an advisory firm to companies entering the Chinese market. Boyden holds a 1st Class Honors BSc in Engineering Science from Exeter University, and an MBA from Stanford University.