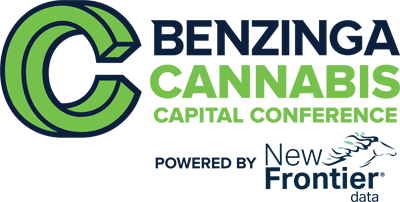 Harvest Health & Recreation Inc. is one of the first consistently profitable, vertically integrated cannabis companies with one of the largest footprints in the U.S. Harvest’s complete vertical solution includes industry-leading cultivation, manufacturing, and retail facilities, construction, real estate, technology, operational, and brand building expertise — leveraging in-house legal, HR and marketing teams, along with proven experts in writing and winning state-based applications. The company has more than 625 employees with proven experience, expertise and knowledge of in-house best practices that are drawn upon whenever Harvest enters new markets. Harvest’s executive team is comprised of leaders in finance, compliance, real estate and operations. Since its founding in 2011, Harvest has grown its footprint every year, has been ranked as the third largest cultivator in the U.S. and currently owns licenses for more than 140 facilities across the U.S. Harvest shares timely updates and releases as part of its regular course of business with the media and the interested public. For more information, visit: https://www.harvestinc.com/.

Steve graduated early from Arizona State’s Honors College summa cum laude with two minors, while also winning an athletic national championship. After his undergraduate work, Steve attended and graduated from Washington and Lee’s School of Law in 1999. At Washington and Lee, he competed on the school’s Nation Moot Court team and served as a law journal editor. In private practice, he practiced business, business litigation and regulatory law for two national law firms. In 2005, he founded his own boutique law firm and achieved an AV rating, the highest possible rating for skill and ethics. There, Steve represented clients ranging from very large to start-ups across a variety of industries.

Steve founded Harvest Health and Recreation Inc. in 2011. After opening Harvest’s first dispensary in 2013, Steve worked there for several months fulfilling orders, performing reception duties, and consulting with patients. He quickly learned that he had the ability to help shape a company that gave people control over an aspect of their life where they previously had very little – their health and wellness. This led Steve to instill a culture of education and empowerment at Harvest to provide patients much needed products, resources, and support. For example, Harvest facilities host a new patient orientation and monthly support group meetings for epilepsy, chronic pain, cancer, and PTSD. Under Steve’s direction, Harvest has also engaged in many community activities and events, including donating more than $500,000 to local charitable organizations, veterans, seniors, and patients in need. Steve founded and now serves on the board of directors for Harvesting Hope, a non-profit organization that supports young children suffering from seizure disorders. To date, Harvesting Hope has provided a wide range of services for more than 100 families.

As Harvest’s CEO, Steve is responsible for license acquisition, start-up, operations, and organizational direction and strategy. He has also been instrumental in navigating state- and county-level regulatory audits, including, to date, more than one hundred state inspections across multiple states, four Americans for Safe Access Patient Focused Certifications, and more than fifty certified financial audits. White sits on Americans for Safe Access Advisory Board for its End Pain, Not Lives campaign. He is also a board member of the Arizona Dispensary Association. In addition, he has done hundreds of interviews, speaking engagements, and provided expert testimony on a multitude of marijuana-related topics.

Get more Info Get Investor Deck