ETFs to Watch for Tuesday October 23, 2003
First Trust Cloud Computing ETF (NYSE: SKYY)
The ETF could be on the move today after the third largest holding reported earnings after the bell last night. The online content giant, Netflix (NASDAQ: NFLX), reported earnings that beat expectations and that sent the stock higher by 10 percent after hours. SKYY closed at its best level ever yesterday along with NFLX and both should see continued buying today. The top two holdings in the ETF are Facebook (NASDAQ: FB) and Brightcove (NASDAQ: BCOV), both are trading near their yearly highs.
Global X China Consumer ETF (NYSE: CHIQ)
The niche international ETF has quietly broken out of a bullish pattern to a new 2-year high. The close above $16.24 was a breakout above a triple top pattern that goes back to last 2011. The ETF is up 10 percent in 2013 and lagging the S&P 500 and many of its international peers, but the recent action has been swung the ETF back into bullish territory. By focusing on companies that sell good and services to the local Chinese citizen, the ETF benefits from the emergence of the middle class in the country. The top sectors include retail, automotives, food, and household goods. The key level to watch is the old resistance level of $16.24.
Guggenheim Solar ETF (NYSE: TAN)
Yesterday one of the biggest gainers was solar company First Solar (NASDAQ: FSLR) with an increase of 8 percent. The move helped push TAN to the best level in over two years as investors are warming up to the beaten down industry. The ETF is up 156 percent in 2013, but remains down 65 percent from its all time high set in early 2010. The trend is clearly higher for the volatile ETF, but investors should be cautious chasing the industry after the huge gains this year. FSLR makes up 5.8 percent of the ETF and is the third largest holding in the portfolio.
iShares MSCI Canada Index ETF (NYSE: EWC)
Canadian stocks have not been able to regain their previous highs as the S&P 500 has been able to do in the last few days. As a matter of fact, EWC is down 17 percent from its 2007 high. The good news is that the ETF is within striking distance of a major breakout to a multi-year high. A close above $29.64 would break a quadruple top pattern and signal a new buying opportunity for investors. Failure would likely send the ETF back to support at the $27 area. 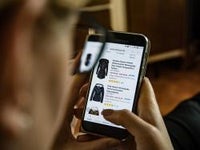 Today is Veterans Day in the U.S. In China, it's Singles Day, a retail event that makes Amazon's (NASDAQ: AMZN) Prime Day look like a minor league game. read more 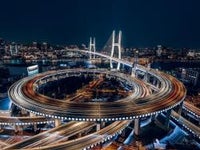 With China being the country where the coronavirus first appeared, it'd be easy to be dismissive of Chinese stocks and the related exchange-traded funds, but there's more to the story. read more 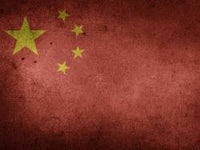 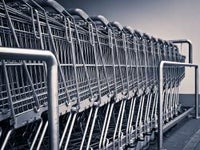 Another Consumer Discretionary ETF To Consider