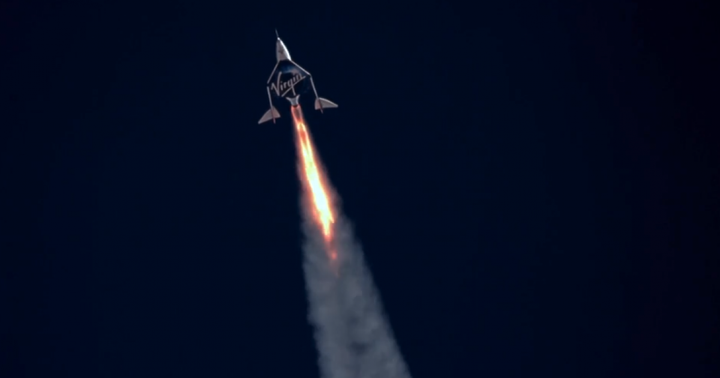 Virgin Galactic Holdings Inc (NYSE:SPCE) Thursday announced postponing Unity 23, its mission for the Italian Air Force scheduled for mid-October, to the second half of 2022 and delay its first commercial flight to the fourth quarter of 2022.

The latest announcement calls into question the company’s ability to forecast such a future, according to BofA Securities.

The Virgin Galactic Thesis: There is lack of details around “an issue that will ultimately delay a mission by roughly one year,” Epstein said in the note to client.

“The company failed to outline how progress will be tracked and communicated to the public throughout the enhancement program,” he added.

“While there will be little progress toward commercialization within the next year, SPCE also no longer possesses a scarcity premium as the only publicly traded pure-play space company, which we think could also weigh on shares when coupled with the lack of development and technical information coming from the company,” the analyst wrote.

SPCE Price Action: Shares of Virgin Galactic Holdings had declined by 14.96% to $20.46 at the time of publication Friday.

Virgin Galactic Holdings Inc (NYSE: SPCE) shares have come crashing back to Earth since the company successfully completed a Unity 22 space flight back in July, and one analyst said Friday the stock will likely continue to struggle in the near-term. read more

Why This Virgin Galactic Analyst Has Turned Bearish On The Stock

Virgin Galactic Holdings Inc (NYSE: SPCE) shares picked up some momentum in the run-up to a successful manned spaceflight in mid-July. read more