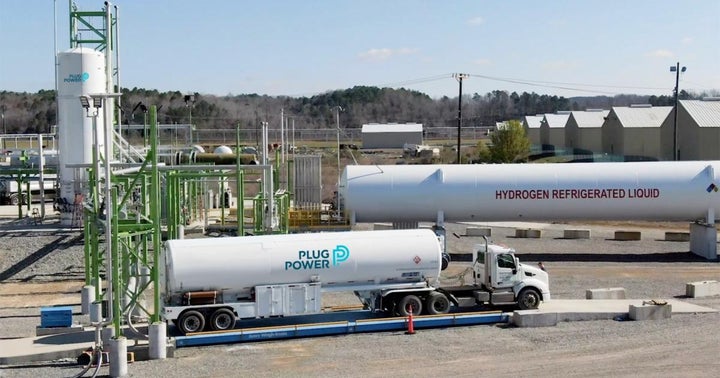 The Plug Power Analyst: Stephen Byrd upgraded Plug Power shares from Equal-weight to Overweight and increased the price target from $35 to $40.

The Thesis: Positioned Well: Plug Power is particularly well-positioned to be a leader in the hydrogen economy amid the energy transition that is underway, with the adoption and expansion of the use of green hydrogen, Byrd said in a note.

The company has announced several strategic partnerships, has $4 billion in cash and cash equivalents on its balance sheet and is poised to benefit from accelerating revenue growth and potential legislative support, the analyst said.

A very large amount of green hydrogen is needed in order for the U.S. to hit decarbonization targets, he said.

"We believe PLUG is one of the best positioned stocks in our coverage to benefit from future demand for green hydrogen and related technologies given their vertical integration strategy, scale, and expertise."

The recent legislative support for green hydrogen could add about $9-$10 per share to Morgan Stanley's price target.

Given expectations that Plug Power will likely increase its guidance at its investor day Thursday, the analyst raised his revenue estimates for the company.

What To Expect From Investor Day: Plug Power is likely to give a constructive update and share more details on the potential pipeline of sales and potential customer announcements pertaining to its electrolyzer business, Byrd said.

The company could also announce several offtake agreements given it has begun construction on several of its own hydrogen production facilities, which are expected to begin production late next year, the analyst said.

Within stationary power, the company is likely to announce a large data-center customer, and within material handling, it could officially name its fifth pedestal customer, he said.

Q3 Plug Power Expectations: The third quarter, Byrd said, could prove to be another difficult one for Plug Power's fuel delivery business. This is because the hydrogen market has remained extremely tight, in part due to disruptions brought on by Hurricane Ida, the analyst said.

Yet this is a transitory issue that will be significantly relieved when the company's s own hydrogen production facilities are online next year, according to Morgan Stanley.

Plug Power Inc (NASDAQ: PLUG) is a huge beneficiary of the thrust on the hydrogen economy amid the green energy drive, according to an a read more

Why BTIG Is Bullish On Plug Power, Nikola