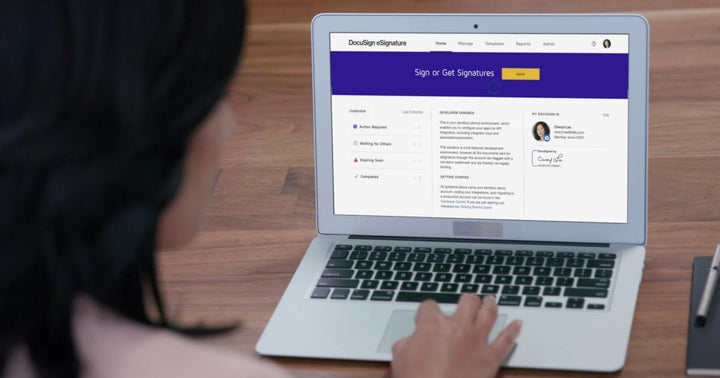 Docusign Inc (NASDAQ:DOCU) shares traded higher by 5.1% on Friday after the company reported a second-quarter earnings beat and raised its guidance.

On Thursday, DocuSign reported second-quarter adjusted EPS of 47 cents on $511.8 million in revenue. Both numbers beat consensus analyst estimates of 40 cents and $487.5 million, respectively. Revenue was up 50% from a year ago.

“Shares are likely to be range-bound as flowing through current upside to revenue and billings yields an exit growth rate for 4Q of 40% for subscription revs and 37% for billings,” Zukin wrote.

Wedbush analyst Daniel Ives said DocuSign is a special growth story that is showing no signs of slowing down.

Why This DocuSign Analyst Is Bullish

Thursday saw an across-the-board sell-off in tech stocks that dragged the broader market lower, and the downtrend is continuing in Friday's session. An analyst at Wedbush shrugged off the development as a blip on the radar. read more