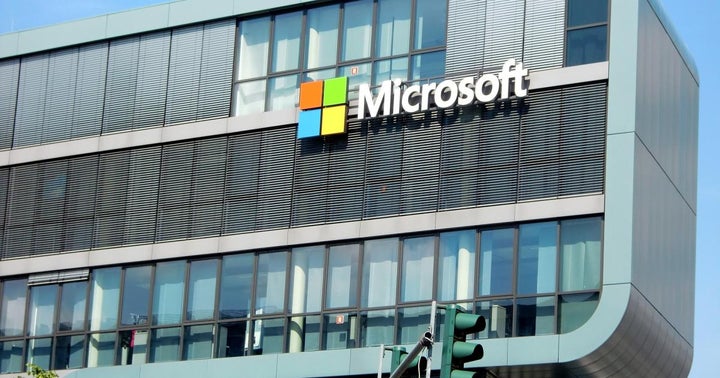 Strong cloud growth and the surprising strength of the Office 365 segment of Microsoft were big topics covered by analysts in updated notes after the company reported fourth-quarter earnings.

The Microsoft Analysts: Morgan Stanley analyst Keith Weiss had an Overweight rating on Microsoft Corporation (NASDAQ:MSFT) and raised the price target from $300 to $305.

Wedbush analyst Daniel Ives had an Overweight rating and a $325 price target.

Piper Sandler analyst Brent A. Bracelin had an Overweight rating and raised the price target from $305 to $310.

“One of the unexpected surprises during Q4 was the reacceleration in Commercial O365 seat growth to 17% year-over-year and increasing attach-rate of security, identity and voice bundles,” Bracelin said.

The analyst noted revenue growth for Commercial O365 was up 25% year-over-year versus 22% growth in the third quarter.

Not lost on Bracelin was the fact four-quarter revenue growth of 21% year-over-year was the highest in six years.

Azure, Cloud Growth: Commercial cloud revenue was up 34% in the fourth quarter. The growth of cloud has helped boost the commercial business, and Weiss estimated commercial revenue is two-thirds of Microsoft’s revenue total with 95% of the total in the segment recurring.

Ives pointed to work from home and hybrid work environments as a continued catalyst for Azure/Office 365 growth.

“We believe the strong numbers from Nadella & Co. continue to be a broader indication of strength we expect to see across the enterprise cloud software landscape throughout this earnings season,” Ives said.

The cloud story could be underestimated by the street, Ives said in an updated note.

“With 40% of workloads in the cloud today poised to hit 55% by 2022, we believe this overall work from home and hybrid environment shift has accelerated the cloud trend.”

Related Link: If You Invested $1,000 In Microsoft At Its IPO, Here's How Much You'd Have Now

What’s Next: Weiss said Microsoft is typically conservative with guidance but came in ahead of consensus.

Bracelin raised estimates on Microsoft’s earnings and the price target for shares.

“Not only does Microsoft operate the world’s largest cloud business approaching $80 billion scale, it is gaining share, growing faster than the cloud industry and boasts a durable operating margin above 40%," he said.

MSFT Price Action: MSFT shares are flat at $286.55 on Wednesday at publication.

Why This Microsoft Analyst Expects Dividend Hike Of More Than 10%

Software giant Microsoft Corporation (NASDAQ: MSFT) customarily announces a dividend hike by the middle of September. An analyst at Morgan Stanley is expecting a 10%-plus dividend increase this time around, bringing the dividend yield to about 0.8%. read more

Why Cathie Wood Piled Up Zoom Shares On Post-Earnings Slump

How The iPhone 13 Is Driving Morgan Stanley's Apple Bull Case

Following a lackluster start to the year, Apple, Inc.'s (NASDAQ: AAPL) stock has risen over 20% since June, outpacing the S&P 500 by 16 points. A Morgan Stanley detailed Thursday why they're bullish on the iPhone manufacturer's stock.  read more