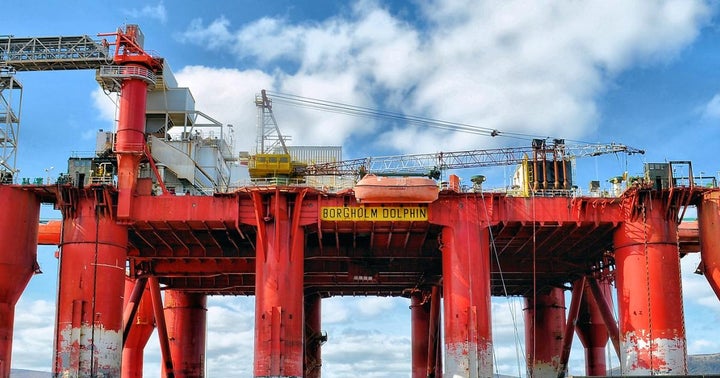 Despite a recent sector sell-off in oil and gas, a Morgan Stanley analyst cites a "consistent execution on spending" and strong excess cash flow usage "towards capital returns and debt reduction" as reasons to remain favorable.

Oil & Gas Industry Overview: Devin McDermott holds an attractive view on both the exploration and production and integrated oil industries.

The E&P industry delivered its highest quarterly free cash flow in over a decade last quarter; however, shares in the group have dropped 12% since the start of July, said the analyst in a Monday note.

The sector has also lagged behind oil commodity prices by around 25% since 2020, indicating a potential for further upside past 50% growth year-to-date, he said.

Going into the second-quarter earnings season, investors should keep an eye out for cost inflation, discipline in capital usage, strategic moves, and shareholder return maximization across the oil and gas industry, said the Morgan Stanley analyst.

Apache recently announced four new oil discoveries off the coast of Suriname, and its JV partner TotalEnergies SE (OTC:TTFNF) began drilling in two additional sites in the first quarter, said the analyst. Appraisal results on those sites have yet to be announced, though McDermott expects Apache to provide an update in its second-quarter call, causing him to raise his EBITDA and cash flow per share estimates 18% and 12% above consensus, respectively.

McDermott remains Overweight on Apache, with a price target held at $33. The company is expected to report earnings after market close on August 2nd.

The company has decreased its 2021 spending by around 4% due to improved synergies, indicating discipline in its use of cash, said McDermott.

With this in mind, ConocoPhillips is set to lead the E&P industry in terms of FCF generation potential and return on cash, further supported by a strong management team and its high-quality, low-cost portfolio, he said.

ConocoPhillips stock offers "quality on sale," said McDermott. The analyst expects second-quarter CPFS and EPS to come in 8% and 14% above consensus, respectively.

McDermott remains Overweight on ConocoPhillips with a price target held at $85. The company is expected to report earnings before market open Aug. 3.

Now that Chevron has met its first three goals, there is potential for a modest share buyback, the analyst said.

McDermott remains Overweight on Chevron, with a price target held at $149. The company is expected to report earnings ahead of market open on July 30.

Management has indicated capital allocation towards acquisitions which could further bolster FCF. Strong second-quarter FCF presents the potential for another dividend increase, following the first quarter's $600-million dividend, said the analyst. Considering the company's divestiture from China, this dividend could range from $600-$700 million, said the analyst.

It is important to note that the China asset sales position the company with a greater exposure concentration to North America, potentially allowing cost inflation to affect the company in the future, warned the analyst.

McDermott remains Equal Weight on EOG with a price target held at $93. The company is expected to report earnings following market close Aug. 4.

The Occidental Takeaways: Occidental is targeting $2 billion in asset sales for 2021, a move in line with the broader E&P industry, said McDermott. The company has completed $1.3 billion in sales, and has lined up offers to carry out the remainder, helping the company to meet its debt reduction target, said the analyst.

The company's Low Carbon Ventures (OCLV) unit is "developing multiple, potentially transformative, solutions to decarbonize," according to the analyst note. OLVC has secured multiple deals, including creating "the world's largest direct air capture facility" and a sequestration deal in Texas, said the analyst.

This business line should benefit the company over the next couple of decades as the world aims to reduce carbon emissions.

McDermott remains Overweight on Occidental, with a price target held at $40. The company is expected to report earnings after market close Aug. 3.

An unexpected surge in crude oil imports in July has pushed up U.S. commercial crude stocks this week. The high import volumes are unlikely to be sustained, according to Capital Economics. read more

The S&P 500 has rallied hard off its March lows, but the index remains down 12.4% year-to-date overall. The near-term economic outlook amid the COVID-19 shutdown is still unclear, creating a lot of uncertainty on Wall Street. The International Monetary Fund cut its 2020 global economic growth forecast to negative 3% this week. read more

GOOG, GOOGL, TSLA: Here's How You Can Invest In Elon Musk's SpaceX Before The Company Goes Public

Is Dogecoin In For A 'Massive Rally'?