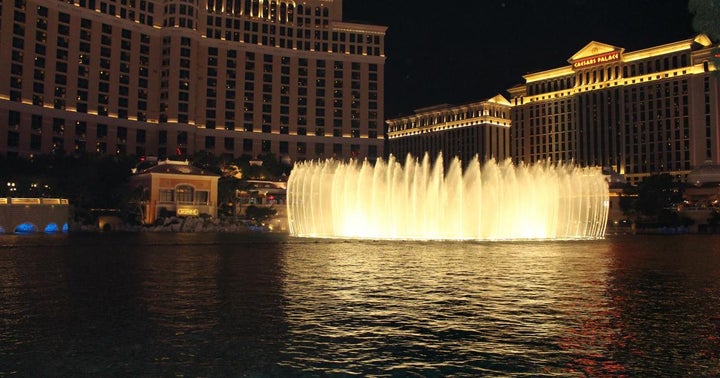 The MGM Analyst: JPMorgan analyst Joseph Greff upgraded MGM fromNeutral to Overweight and raised the price target from $45 to $47.

The MGM Takeaways: In the upgrade note, Greff listed four reasons he is now bullish on MGM:

“For sports betting, for publicly reported GGR reports in April, we [estimate] BetMGM had 11%, 15%, and 22% market share in New Jersey, Indiana, and Michigan, respectively,” he said.

In iGaming, Greff said BetMGM has been the market leader up to this point, with nearly 40% share in Michigan and 30% in New Jersey.

Greff said a return to 2019 levels in Las Vegas could add another $6 per share in value to MGM stock.

Greff said most of MGM’s share price weakness over the past month has likely been in sympathy for high-flying sports betting and iCasino pure-play Draftkings Inc (NASDAQ:DKNG), which is down 30.8% since the beginning of April.

Following the recent weakness, Greff said MGM’s valuation is attractive at an enterprise multiple of around 11.3 times JPMorgan’s 2022 EBITDA estimates.

Benzinga’s Take: MGM investors will now be watching to see what the company does with the cash it raised from its recent $400-million sale of its Springfield assets to its partner REIT.

In addition, investors will be monitoring the ongoing recovery in Las Vegas and regional U.S. casinos, as well as the continued rollout of U.S. online and sports gambling in the coming quarters.

Needham On DraftKings NFT Announcement: Firm Views Entrance Into NFT Marketplace As An 'Interesting Call Option' For The Co., Especially If The Emergence Of NFTs Can Grow And Move The $10B Sports Memorabilia Market Online