Why Goldman Sachs Is Sidelined On Caesars Entertainment, Bearish On MGM Resorts 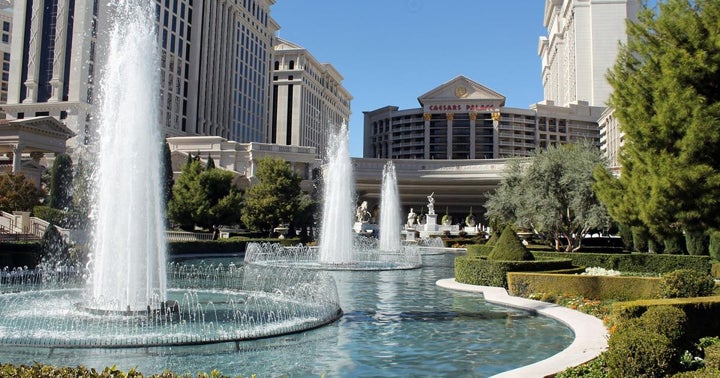 The Casinos Analyst: Stephen Grambling initiated coverage of Caesars Entertainment with a Neutral rating and $56 price target. Grambling downgraded MGM Resorts from Neutral to Sell and raised the price target from $17 to $20.

The Caesars Takeaways: Caesars is catalyst-rich over the next six to 12 months with the reopening of properties, synergy realizations from the merger, ongoing asset sales and strategic announcements on iGaming and sports betting, Grambling said in the Monday initiation note.

“Valuation (is) largely reflective given higher financial risk,” the analyst said, highlighting a 69% rise since its lows in the third quarter.

Caesars now has elevated debt from the merger of Caesars and Eldorado Resorts and trades at 7.9x EBITDA, he said.

Grambling estimates the value of Caesars' iGaming and sports betting business at $2.4 billion, or 8% of the company’s enterprise value.

The company has over 60 million total rewards members.

Caesars is now the largest U.S. casino operator, with pro-forma revenue of $11.1 billion in 2019, according to Goldman Sachs.

The MGM Resorts Takeaways: “We also downgrade MGM to Sell as we anticipate a slower recovery in Las Vegas, which will drive downside to consensus estimates and fundamental underperformance relative to peers,” Grambling said.

MGM Resorts shares are up 44% since the start of August, and the analyst said the valuation is high for several reasons.

Among the negatives in front of MGM are lower exposure to outperforming regional casinos, only partial ownership of digital assets and higher exposure to the group and convention mix, he said.

MGM will see weakness due to a slower recovery in Las Vegas and Macau, Grambling said.

Evidence of a sharper recovery in Las Vegas and/or a stronger recovery in Macau could improve the rating and outlook for MGM Resorts, the analyst said.

Goldman Likes Peers Better: Part of the bearishness on Caesars and MGM Resorts comes from the companies being “positioned less favorably than Penn,” Grambling said.

These two names are better positioned due to their exposure to regional casinos and Penn’s upcoming launch of the Barstool sports betting app, he said.

It’s been a long road back for Las Vegas casinos since the pandemic hit last year, but one metric suggests next weekend could be a big weekend for Vegas. read more

Why KeyBanc Is Bullish On These 4 Casino Stocks

Casino, gaming and sports betting stocks had a wild ride in 2020 with the COVID-19 pandemic and the cancellation of major sports seasons and events. Bank of America analyst Shaun Kelley shared his thoughts on the overall sector with a 2021 outlook called, “From shorts to sports.” read more

NIO: What's Up With Nio Shares Getting Hammered Today?