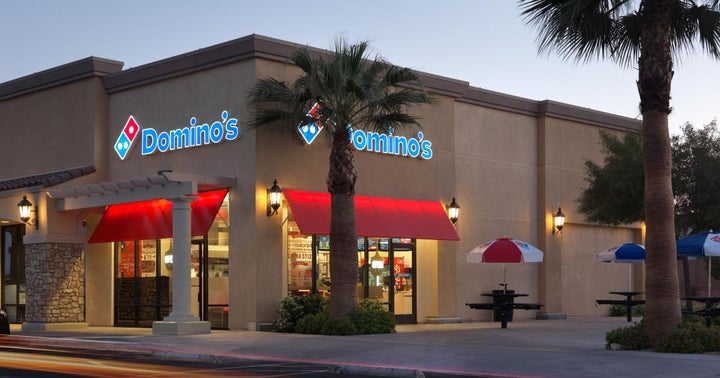 "Unlike a typical analyst meeting, this event didn't break new news, but what we did hear was generally positive as management outlined some more specific near-term steps to drive domestic sales," the analyst said.

Some investors may have been disappointed with Domino's' event due to the absence of third-quarter commentary or a significant announcement, UBS analyst Dennis Geiger said in a note.

Nevertheless, the presentation reinforced ways the company is using technology and innovation to maintain its competitive advantage, he said.

For example, voice ordering is offered at 40 stores, and the analyst said it improves labor savings with better up-selling.

MKM: What Could Have Been Said

The pizza chain's event was "welcomed" by Street analysts, although management left out commentary on three topics, MKM Partners analyst Brett Levy said in a note.

Domino's showed a confident tone in its outlook, although questions remain regarding whether a more conservative approach to near-term same-store sales is warranted, the analyst said.

The pizza chain didn't offer any specific details on new menu items, although it did hint at plant-based items, he said.

Domino's could have explained why it isn't at the very least testing third-party delivery options, Levy said.

"We believe little was offered to change either supportive or negative views. and we continue to expect near-term performances and slowed domestic same-store sales to be prioritized by investors and overshadow the LT strengths."

Domino's intended its presentation to serve as a "reminder" to the Street that it remains committed to winning the restaurant space through technology innovation, Stephens analyst Will Slabaugh said in a note.

The company's strategy should result in the trends flattening out at above-peer levels over a two-year period, the analyst said.

Few argue Domino's is at the forefront of technological innovation. If the pizza chain had given business updates, it could have restored confidence, especially after second-quarter U.S. comps grew just 3% versus expectations of 4.8%.

Why You Should Eat Up Papa John's Stock Over Domino's Pizza

The bullish case for Domino's Pizza, Inc. (NYSE: DPZ) is based on expectations for the pizza chain to show strong earnings growth over the coming years — and the near-term Street estimates are too pessimistic, according to Cowen. read more