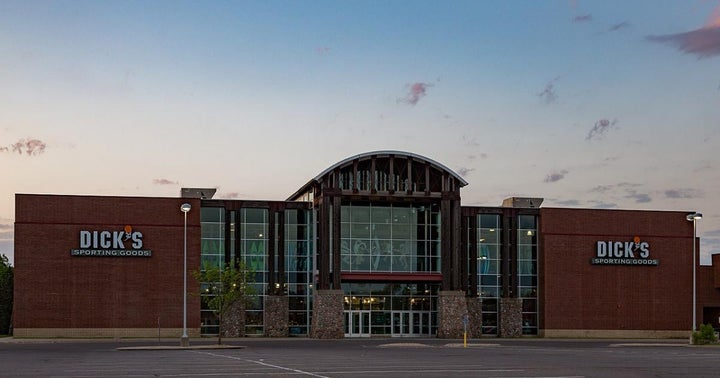 Dicks Sporting Goods Inc (NYSE:DKS) shares fell Wednesday and were volatile Thursday after the retailer reported a first-quarter beat. Here's what the sell-side had to say.

The first-quarter print was a mixed bag, and the higher guidance is mostly buyback-driven, analyst Camilo Lyon said in a Wednesday note.

The analyst maintained a Hold rating with a $36 price target.

“Overall, we applaud DKS for taking steps to align its assortment to more profitable categories such as footwear and apparel, however, we are hard pressed to see the business generate accelerated comp or EPS growth that would argue for an expanded multiple,” lyon said.

Dicks continues to push forward with its private label initiative, targeting $2 billion in sales over time, according to Cannacord.

Dicks' higher earnings guidance is largely offset by a more muted second-half sales outlook due to uncertainty related to tariffs that could potentially lead to price increases, the analyst said.

The other big news from the first-quarter print was Dicks' decision to exit the hunt category in 125 additional stores in the second quarter in favor of higher-margin merchandise categories like athletic apparel, Ohmes said.

Dicks is evaluating plans for the hunt category across all banners, analyst Peter Benedict said in a Wednesday note.

“While removing the hunt category from all Dick’s stores could create a top-line headwind, the impact on EPS could potentially be mitigated through space reallocation efforts. We would also not be surprised to see DKS rationalize and/or exit Field & Stream," the analyst said.

The risk-reward for Dicks is starting to look more attractive, Benedict said.

Baird maintained a Neutral rating with a $36 price target.

The consumer reaction to Dicks' potential systemwide exit from the hunt category is unknown, Wedbush analyst Christopher Svezia said in a Thursday note. The firm maintained maintains a Neutral rating with a $37 price target.

“In short, there are many moving parts that can affect the outlook and there needs to be clear momentum toward sustainable positive comps and margin expansion to become more constructive.”

Dicks Sporting Goods shares were trading higher by 1.6 percent at $34.21 at the time of publication Thursday.

Photo by Tony Webster via Wikimedia.

Seven key themes will dominate the retail sector investment landscape next year, and investors have plenty of choices, according to Goldman Sachs analyst Kate McShane. Seven Themes: The seven themes that will impact the hardline retail space next year are as follows, McShane said in a Thursday note. read more

Why This Columbia Sportswear Analyst Is No Longer Bullish