BofA: Nvidia Is The Beneficiary Of A Supercomputing 'Arms Race'

NVIDIA Corporation (NASDAQ:NVDA) stands to gain from the strength in gaming and the large upgrade potential from a 200-million-plus gamer base, according to Bank of America Merrill Lynch.

BofA Merrill Lynch analyst Vivek Arya reiterated his Buy rating on his top pick Nvidia and increased his price target from $251 to $275.

Nvidia is a key beneficiary of the global "arms race" for supercomputing that's seen as critical by regional superpowers such as the European Union and China, Arya said in a Thursday note. (See the analyst's track record here.)

Nvidia's Volta-based Tesla cards, with an average selling price of $5,000 to $6,000, and DGX workstations, priced at $149,000, are the key building blocks for supercomputing, the analyst said.

Commercial card pricing increased 27 percent year-over-year, thanks to strong demand from crypto miners and gamers upgrading to premium SKUs, according to BofA.

When Nvidia begins rolling out its next-gen Volta cards, likely just in the premium segment during the second half of 2018, it's likely to create further upside and tailwinds for upgrades and ASP, Arya said.

"While the stock trades at a premium valuation, we believe this is justified by NVDA's leadership in the largest and fastest growing markets in semis including AI, gaming, VR and autonomous cars."

Nvidia shares are up over 120 percent over the past year.

Shares were advancing 2.85 percent percent to $230.80 at the time of publication.

AI Development In Automotive Is 'Full Steam Ahead,' Nvidia Exec Says In Detroit 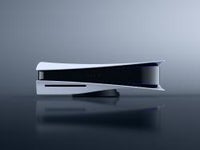 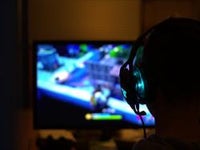 Unity Software (NYSE: U) saw a string of bullish calls from analysts initiating coverage Tuesday thanks to the company’s growth potential outside of its gaming business.  read more 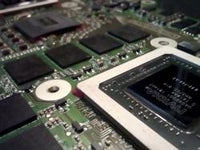 Why Nvidia Has A New Street-High Price Target

NVIDIA Corporation (NASDAQ: NVDA) is scheduled to report its fiscal year 2021 first-quarter results May 21 after the close. Ahead of the results, and following the recent strong run in the shares, an analyst at Needham hiked their Nvidia price target to a Street-high number. read more