Those looking forward to the Thanksgiving holiday this week no doubt will have food on their minds. So, how apropos that three leading packaged foods makers will be posting their latest earnings results in this shortened trading week.

The consensus analysts’ forecast calls for Campbell Soup Company (NYSE: CPB) results to be about the same as a year ago, in the wake of an earnings miss in the previous quarter. Both Hormel Foods Corp (NYSE: HRL) and Tyson Foods, Inc. (NYSE: TSN) are expected to show earnings growth, but only one of them on the top line. During the quarter, the former announced the retirement of its CEO and the latter raised its fiscal-year guidance and later reiterated that outlook.

Below is a quick look at what is expected from the results of these three, as well as a peek at a few of the other most anticipated quarterly reports due this week.

The fiscal first-quarter profit of this New Jersey-based processed food giant is anticipated to come in at $0.95 per share, which is the same as in the year-ago period, according to Wall Street analysts. The consensus of 46 Estimize respondents also has earnings pegged at $0.95 per share. Note that both Wall Street and Estimize handily underestimated earnings in the previous quarter.

In Tuesday morning’s report, analysts are looking for $2.20 billion in revenue for the three months that ended in October, again in line with what Estimize predicts. And that forecast is essentially flat with the revenue the company reported a year ago. Note that revenue fell short of estimates in the previous two quarters.

In its report before Tuesday’s opening bell, this provider of Jennie-O Turkey and other food products is expected to say that it had earnings per share (EPS) of $0.46 in its fiscal fourth quarter, according to Estimize. That would be up from a profit of $0.64 per share a year ago. The Wall Street consensus estimate is the same, and that would be the highest EPS in the past eight quarters.

Estimize handily underestimated revenue in the previous quarter, and this time the 19 respondents are looking for $2.60 billion. The Wall Street estimate is $2.64 billion, and either forecast is about 10 percent higher year-over-year and would represent a two-year high. Wall Street predicts less than 3 percent year-on-year growth for the full year, though.

The consensus Wall Street forecast calls for this rival meat products purveyor to post fiscal fourth-quarter EPS of $1.17 (up 34 cents from in the same period of last year) but for revenue to have retreated almost 4 percent to $9.38 billion in the period. Note that Tyson topped expectations on both the top and bottom lines in the past two quarters.

Also this week, the consensus forecasts call for per-share earnings at Dollar Tree, HP, Medtronic, Palo Alto Networks, Seadrill, Trina Solar and Urban Outfitters to be higher than a year ago.

On the other hand, Wall Street analysts by and large call for EPS at Analog Devices, Brocade Communications, Deere, GameStop, Hewlett Packard Enterprise and Signet Jewelers to be smaller than a year ago. A net loss is in the cards for Barnes & Noble, if the analysts are correct.

Argus Research Analyst: 3G Capital Could Do A Lot With PepsiCo, Campbell 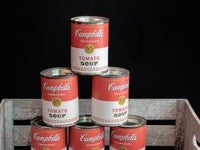 Soup Category Remains Hot, But Will It Cool Down?

Prepackaged soup products were an early beneficiary of the COVID-19 pandemic and the category's momentum carried over into 2021, according to RBC Capital Markets. read more 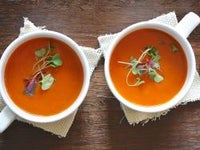 Why Campbell Soup's Earnings Pop May Not Last 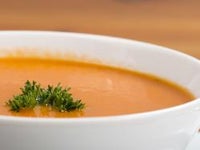 What To Expect From Campbell Soup's Investor Day