This Healthcare ETF Is Ready To Rebound

The VANECK VECTORS ETF TRUST GENERIC DRUGS ETF (NASDAQ: GNRX) debuted in January in what can be considered a bit of inauspicious timing for a new healthcare exchange-traded fund to come to market.

Amid election year posturing, slumping biotechnology stocks and the U.S. government's efforts to crack down on inversion deals, GNRX is off nearly 7 percent since its debut. However, the ETF's slump out of the gates could be giving prescient investors a buying opportunity. Additionally, the slump experienced by generic drugs stocks is seen as overdone by some analysts.

“Interestingly, Street earnings-per-share estimates for generic-drug companies have come down, on average, about 14.6 percent, while generic-drug stocks are down, on average, about 32.1 percent for the year (the Standard & Poor’s 500 is flat), suggesting to us that the selloff may be overdone,” said Guggenheim Securities in a research note posted on Barron's. “Finally, we have estimated the amount of new launches our companies need to generate 5 percent sales growth annually, and found that these numbers are doable even when taking into account a 5 percent headwind from pricing.”

As we noted in this space last week, “GNRX is the only ETF dedicated to generic pharmaceuticals makers. The weighted average market value of GNRX's 79 holdings is $13.9 billion, meaning the ETF is full of potential buyers and sellers assuming more industry consolidation comes to pass.”

The top 10 holdings in GNRX, a group that combines for 46.3 percent of the ETF's weight include Baxalta Inc (NYSE: BXLT), Perrigo Company plc Ordinary Shares (NYSE: PRGO) and Albermale Corporation (NYSE: ALB). Nearly 57 percent of the ETF's holdings are ex-US companies, including a combined 23 percent weight to Indian and Israeli companies. 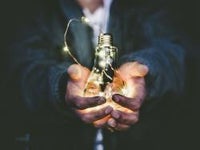 Stocks in electric battery technology have been heating up as automakers, airlines and equipment manufacturers continue to form partnerships with tech companies. Batteries are essential to many of the technologies that innovators hope will replace fossil fuel-burning machines. This bodes well for makers of lithium-ion batteries and hydrogen fuel cells. read more 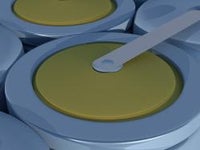 Electric vehicle producer Tesla (NASDAQ: TSLA) reports first-quarter results Wednesday after the close, and while those numbers are expected to be weak because of the coronavirus, analysts remain mostly enthusiastic about the company's long-term prospects. read more

The Long-Term View On Lithium