Why Sears' REIT Announcement Only 'Delays The Inevitable'

Sozzi wrote in a note to his clients on Friday that Sears announced a series of news that could be “the single most complicated financial release from a retailer in history.”

Sozzi joined Benzinga’s #PreMarket Prep to explain the Sears announcement, which includes plans to create a REIT as a way to generate cash.

He explained that on the day Sears released the news, the market viewed it as “some form of zombie REIT” that manages property and collects fees from other retailers.

“What the market [did on Friday] is valuing Sears not as a retailer, but as some form of Zombie REIT that manages their property and collects fees from other retailers.

At the heart of the matter, Sozzi said the company’s retail operations are in shambles. In addition to the negative sales pre-announcement, he explained that the retailer’s SEC filing revealed that its cash burn was quicker this year compared to this time last year’s holiday season.

“To me, that’s very disturbing,” he said.

He also said he thinks this announcement is merely the company saying it has the potential to raise money with the new REIT form.

“And if they didn’t come out and signal this to the stock market, I think you would have the market looking at a retail operation business that is just not generating cash and remains in a very worrying fundamental state,” he added.

Tune in to Benzinga’s #PreMarket Prep Monday-Friday 8-9:45 a.m. ET for all of the premarket info, news and data needed to start the trading day. 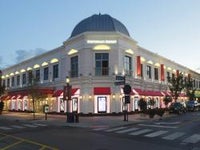 4 Retail Stocks That Can Thrive Post Reopening: Here's Why 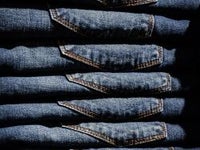 Out Of Style: Abercrombie & Fitch Gets A Downgrade