Wilson discussed the topic during a video games panel at the annual SXSW event.

His comments could be dismissed as a PR push for his company’s newest game, Titanfall. Developed exclusively for Microsoft’s gaming platforms (a Windows PC version is also available), Titanfall is expected to be one of the biggest games of the year.

Titanfall was not developed for virtual reality, however, and Xbox One does not currently have a VR component. Sony is expected to release a VR headset that will support its own console, PlayStation 4, but nothing official has been announced.

A New Era of Reality

Virtual reality is still somewhat of an anomaly within the game industry. Oculus VR, the startup behind the Oculus Rift headset, has been hyping its VR tech for nearly two years. The company ran a very successful Kickstarter campaign, but it couldn’t offer more than a development kit to prospective supporters. Oculus VR has made several revisions since that time, but it is still unknown when its product will be released.

Augmented reality, on the other hand, has received a number of high-profile supporters, including Google. AR differs from VR in that it enhances the real world without completely blocking it out. Whereas VR is mostly used for entertainment, training and therapy, AR could have a whole host of programs that replace a traditional computer. That’s one of the reasons why Google is so intrigued by the concept.

At this rate, it seems that AR is destined to outpace virtual reality in terms of technological advancements.

But Wilson’s comments have made investors wonder what might be next for the game industry. Benzinga reached out to Wedbush analyst Michael Pachter to get his take on the matter.

“I think VR will have trouble attracting content, since content has to be tailored for it and the hardware will initially have a small installed base,” Pachter told Benzinga.

Electronic Arts (NASDAQ: EA) reported fourth-quarter earnings Tuesday of $1.43 per share against a 98-cent estimate and sales of $1.387 billion that beat a $1.19-billion estimate. read more 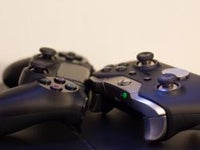 Netflix Inc (NASDAQ: NFLX) is akin to a buffet where consumers pay one price regardless of how much they consume. read more 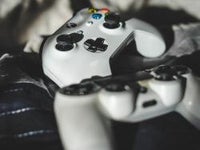 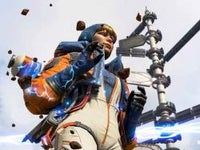