This was an easy expectation to make. After all, Sprint (NYSE: S) has been boasting about its high iPhone sales for several quarters.

The same cannot be said for the prepaid carriers. While Virgin Mobile has not announced its iPhone sales in America, the carrier reduced the price of the 4S to $450 last fall. When the device was first released, it sold for an astonishingly high amount: $650. The carrier also dropped the standard iPhone 4 to $350 from $550.

On Black Friday, Target (NYSE: TGT) offered a $100 gift card to those who purchased the iPhone 4S for Virgin Mobile. Meanwhile, Best Buy (NYSE: BBY) has pulled the item from its website without providing any indication as to its availability in store.

Cricket (Leap’s prepaid company) currently charges $499 for the iPhone 4S and $399 for the iPhone 4. The carrier has not announced any price cuts, but if this new report is true, they could come in the near future.

According to Business Insider, Cricket is currently sitting on millions of dollars in unsold iPhones. BI cited a report from BTIG Research, which found that the carrier’s stagnant iPhone stock may add up to $100 million.

Compared to the millions of units that the primary carriers sell each quarter, this may not sound like that many units. Apple can afford to take the miniscule loss. The same may not be true for Leap, which is trading down nearly three percent today.

Leap, one of the smallest carriers in America, has a market cap of just $427 million. Thus, the firm cannot afford to sit on $100 million in unsold iPhones.

Cricket could discount the items to reduce inventory, but it might still have trouble selling them. Unlike Virgin Mobile, Cricket’s network is in a very limited number of markets. Consumers are forced to enter their zip code on the company’s website before they can read about the iPhone.

If it is not available in a particular area, Cricket simply tells the customer that he or she is out of luck. Consequently, only a select number of individuals are exposed to Cricket’s iPhone offers. 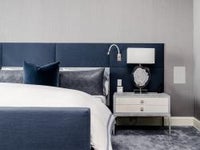 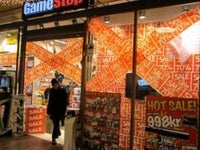 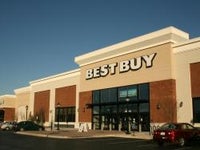 Seven key themes will dominate the retail sector investment landscape next year, and investors have plenty of choices, according to Goldman Sachs analyst Kate McShane. Seven Themes: The seven themes that will impact the hardline retail space next year are as follows, McShane said in a Thursday note. read more 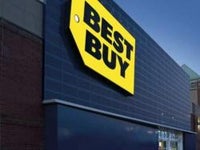 Black Friday and Cyber Monday are two of the biggest shopping events of the year for retail stocks. This year's holiday shopping season has been a unique one, and early data suggests retail investors could see some mixed outcomes. read more